Why French is much easier to learn than English

French is the language of love. With its romantic cities, world-class wines, delicious cuisine, and stunning coastline and beaches, who wouldn’t want to learn this beautiful language? Well, a…
Help us improve

French is the language of love. With its romantic cities, world-class wines, and stunning beaches, who wouldn’t want to learn this beautiful language? Especially when it’s this easy…

But many people find the prospect of speaking French very scary. We’re put off by its difficult spelling and really fear making a mistake! Some of us might have traumatic memories of failing French tests at school and have been nervous about learning French ever since (which is why we’ve made our app fun and the opposite experience of learning French in a classroom).

This post is going to explain why French is actually one of the easiest European languages to learn. In many ways, it’s even easier than learning English.

What percentage of the world speaks French?

For starters, French is a global language. From Africa all the way to Vanuatu, it’s spoken by over 260 million people. When you work it out as a percentage of the world’s population  - 3.3% - it may not sound huge. That is until you realise that it’s about the same as the population of Indonesia - the fourth most populous country in the world. This means learning French can give you access to a huge chunk of the world, and there’s a whole load of people who can help you learn to speak it!

So, first let’s talk about the big question: is French hard to learn? After all, we share an alphabet for one thing, and as one of our closest neighbours (geographically and historically), the language of France has actually influenced English more than most - not only with the words we use, but also in our grammar and pronunciation. In fact, once upon a time it would have been unthinkable for respectable young people to grow up not speaking fluent French (you certainly wouldn’t be invited to a Bridgerton ball otherwise!).

We can see a French influence in many of the words we use every day, like ‘nom’ which to us means ‘name’, ‘table’...that’s blindingly obvious, and even as simple as ‘non’ which means no in French. And, we’ve been even lazier when it comes to some of our most popular expressions, adopting the exact French phrases in an English accent for our own use -  think of ‘bon voyage’, ‘bon appetite’ and ‘faux pas’. Ultimately, all these similarities definitely give English speakers a bit of an edge when it comes to speaking au francais.

So now we’ve given you some of the background on why you should bid au revoir to the nay-sayers making French sound scary – let’s find out why learning French is actually pretty facile! But remember, if all else fails, you only need one phrase: “can you speak slower please?”. Here’s a video from our app that shows how native speaker would say it.

1. French doesn’t get hung up on the past

Talking in English about something that happened in the past is like opening a Pandora’s box of different nuances, implications, and subtleties. In French, however, it’s a lot simpler.

I did, I have done, and I did do in spoken French is just j’ai fait. That’s it! Just one way of saying the three versions we have in English. More often than not, you’d use this in a longer sentence, like “j'ai fait une faute” - which means “I’ve made a mistake”. Here’s another video from our app on how that sounds like in real life.

Similarly, I used to do, I was doing, and I would do in spoken French is just je faisais. That’s pretty much all there is to it!

2. Gender patterns are easy to spot

One of the biggest challenges for English speakers when learning French is getting used to the idea that every word has its own gender. A French table is a ‘she’, but a French wine is a ‘he’.

However, unlike in German where genders are so unpredictable that they drive all students to the brink of insanity, in French, there are patterns that are actually quite easy to spot.

3. French verbs are much easier than Italian, Spanish, German and most other European languages.

In English our verbs pretty much stay the same, no matter who is doing them. I speak, you speak, we speak and so on. The only exception is he, she or it, who actually speaks.

In French, things look deceptively different, although actually it’s pretty easy. The verb parler, which means ‘to speak’ looks like this:

At first glance this might seem intimidating. But in actual fact, four of these are pronounced exactly the same way. Because ‘s’ at the end is silent, je, tu, il and elle all really just parle, and the -ent in ils parlent and elles parlent is also silent, so sounds exactly the same as je parle.

That leaves three endings: parle, parlons and parlez. But things get even simpler when you realise that vous parlez is pronounced exactly the same as the infinitive form parler which means ‘to speak’.

So that leaves parlons, which is the most different of all the forms. But to make matters even simpler, French people rarely if ever say nous parlons. Instead, they just use the word on, which sort-of translates to ‘one’, and follows exactly the same pattern is il/elle parle. So ‘we speak’ is on parle in colloquial French.

So when learning the verb parler (to speak), the only forms you really need to learn are parle (which you say for I, you, he, she, it, we, and they) and parlez, which sounds the same as the infinitive, and is only used for formal and plural ‘you’.

And the BEST bit about parler, is that it’s a bit of a magic word for French language learners. Memorising just a couple of phrases centred on parler can help you out in all sorts of situations. Firstly, there’s the classic “parlez-vouz…?” AKA “do you speak *insert language here*?’. Not that we’re giving you a get out of jail free card to speak and practise less French, but we know that sometimes if you get stuck, it can be a huge help just knowing the person you’re talking to can understand another of your languages, too. Secondly, you can quickly and easily let a French speaker know that you’re still learning with a simple “je parle un peu francais”. And here’s how to say it.

4. French vocab only gets easier

Some languages start out quite easy and then get harder as you go along. But French is one of those languages that starts out quite hard, but then gets easier. Especially if you speak English already.

Many of the basic words in French are quite different to English: apple is pomme, car is voiture, mother is mère and so on. But as you get more advanced in French, you’ll realise that so many of the words are extremely similar, if not identical to English. Agriculture is agriculture, decision is décision, direction is direction, and so on. With most of these, the only real difference is the way we say them. For example, ‘no problem’ is nearly identical in French, but where we put more emphasis on the second syllable, they pop it on the third. Listen to this French speaker to understand what we mean.

What we’re really saying is you may actually know a lot more French words than you think, which can make picking up the lingo way easier than a lot of people think. Check out all our favourite could-be-English French words (40, to be exact) in our blog post.

So why do we have so many words in common, we hear you ask? Well, it’s mainly because English was so heavily influenced by French after the Norman invasion of England in 1066. French became the language of the courts, of government and the law, and so many of our more complex words in English also come directly from French.

According to some estimates, 40-45% of English vocabulary is shared with French!

5. French is all around us!

France has an extremely rich and influential culture, and the traces of that are all around us to see. In the Western World and elsewhere, we are used to restaurants having French names, or even having entirely French place names on our maps.

That’s given us a familiarity with French that we might not have with many other languages. It might be entirely subconscious, but when you learn about those funny looking accents like the French ^ symbol, you may recognise it from words like Côte, which is a restaurant chain in the UK.

Equally, there are so many cities and streets in the UK and USA with names like Montpelier, Lacrosse, Belfort, and Bellevue. When you start learning French, and finally find out what these things mean, then you should have a little lightbulb going off in your head. These are things you’ve known your whole life, you just needed to start learning some French to work out what they meant!

Learning a language is never easy, but picking up some French is nowhere near as hard as you might think. And even better, the Memrise app is here to help you every step of the way. It’s so simple to use, and we’ll teach you how to speak French using game-like tests, video clips of real locals, and courses designed by native speakers.

Get started and register today, and you could be pallying up with new friends in Paris or showing off your lingo in Lyon quicker than you can say oui, je parle francais! 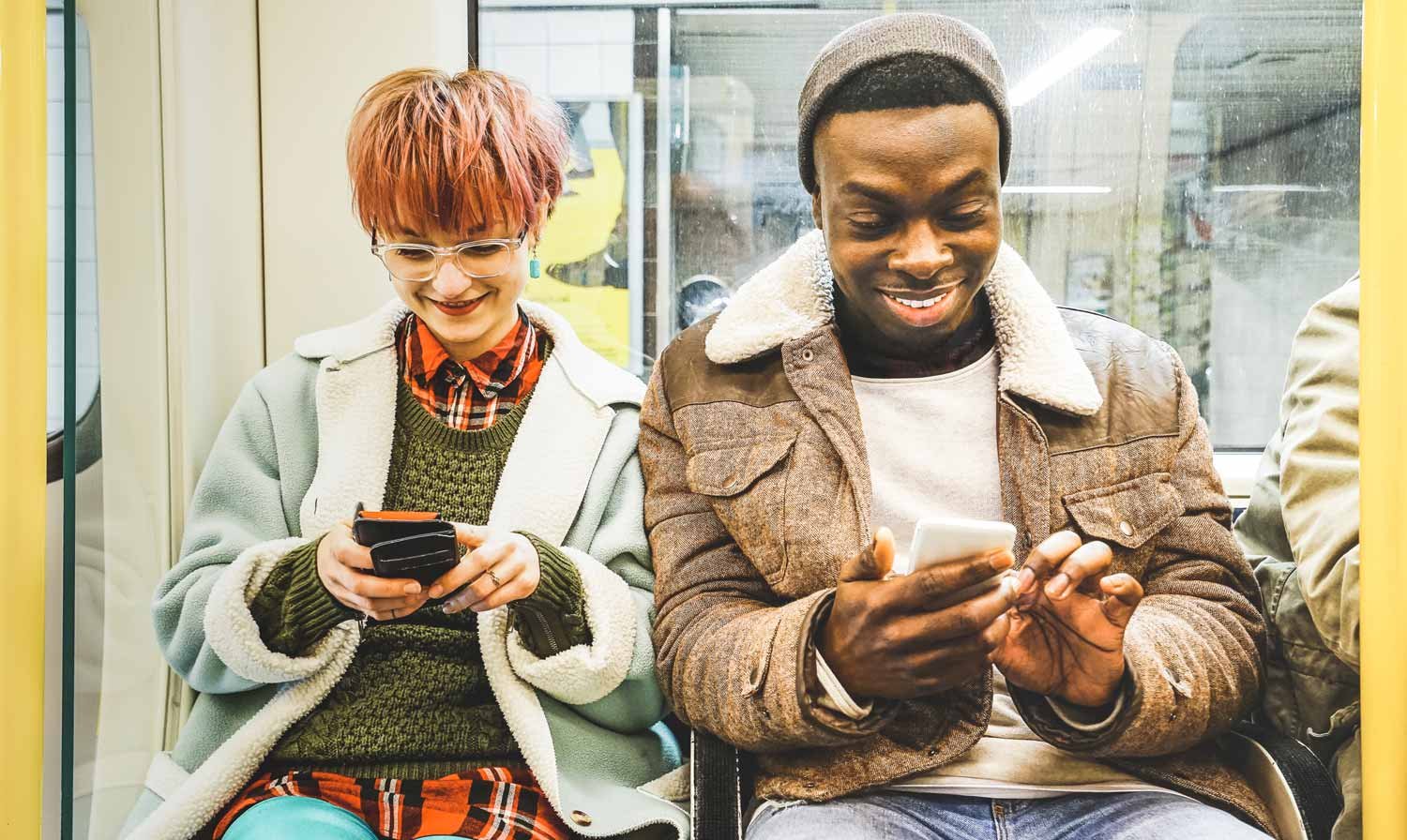