Can I improve my memory? Top Tips from Memrise CEO Ed Cooke

Hey there. A fun fact for you:

Did you know the same person who forgets their keys can remember the order of a shuffled pack of cards in 45 seconds... And 200 foreign words in an hour!?

Meet Ed Cooke. An ordinary guy, like you and me, who has trained his memory to be extraordinarily powerful. Coming here from press? Head to Ed's Memrise Founder's Story for more info. For guaranteed giggles,  follow him on Instagram.

You might recognise Ed (who is a Grand Master of Memory, a memory coach and Memrise CEO/co-founder) from the Channel 4 show: Can I Improve my Memory?

During which, he teaches celebrities to improve the power of their memories as they compete against each other to be crowned 'Memory Champion'. The 4-part series is hosted by Sandi Toksvig. Each episode sees celebrities try to learn as much as possible about something they know absolutely nothing about.

How to improve memory? Learn from Memory Champion Ed Cooke

There's really no one better to coach them. Ed earned the title ‘Grand Master of Memory’ at the World Memory Championships for memorising 10 decks of cards in an hour, a random 1000-digit number in an hour, and a deck of cards in under a minute. Not bad, eh? 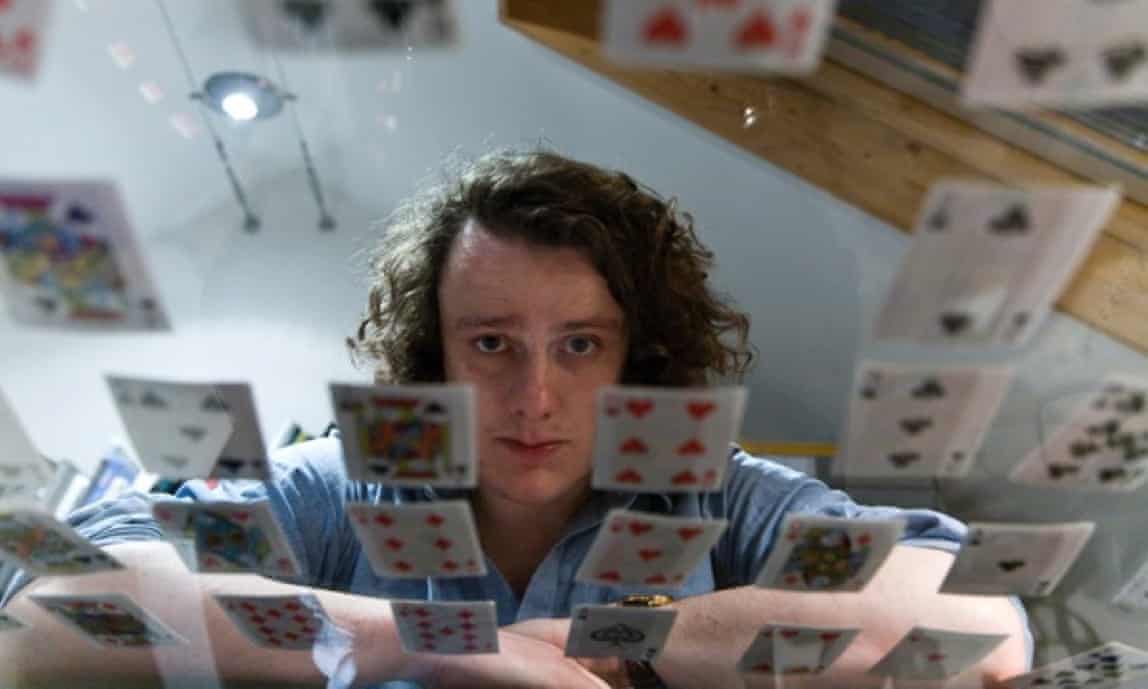 More of his remarkable achievements include recalling the order of:

In fact, with Ed’s guidance, Chris Eubank is able to remember a Diplodocus by imagining it dipping low in a boxing fight.

The best way to improve your memory? Use your imagination!

Ed’s secret is simple: train your brain to be as fun, free and imaginative as possible.

Looking at his memory achievements, you’d be forgiven for thinking Ed was born with supernatural ability. But his memory techniques simply make information more meaningful to the mind. In fact, he considers his memory ‘quite average’, and like us, also forgets to collect the dry cleaning, and struggles to recall people’s names shortly after meeting them.

Ed’s motto and a feature of his language learning app Memrise is this:

Ed can transform ordinary things into unforgettable ones.

When competing in “one hour numbers” at the World Memory Championships, he was able to recall huge strings of random numbers by attaching an enjoyable image to number patterns.

"You have to think through metaphor and form a visual story"

When faced with a long string of numbers – he’d draw up a narrative of images based on them. For each card in a deck, Ed attaches an image of a celebrity doing something funny – and therefore highly memorable. Ever wondered ‘how to improve my memory?’ Note that there’s a difference between content and your ability to recall the actual thing itself... and how you remember it.

But how did it start for Ed?

How to improve your memory? Spend 3 months with nothing to do

Stuck in the hospital bed in Oxford during 3-months of treatment for juvenile arthritis (at 18 and during his first year of university), Ed began to experiment with ways to improve memory. With time to kill, he explored ancient memory improvement techniques and realised he could quickly remember 40 objects within just a few minutes. Every day, he wowed nurses and elderly patients with his new memory hacks and playing card memorisation.

This lit the fire for Ed. Fascinated by the power of the mind, he left Oxford with a 1st class degree in philosophy and psychology, and studied cognitive science at Paris, Sydney and Antwerp. Meanwhile, his remarkable memory recall took him across the world to Bahrain, Kuala Lumpur and New York to compete in The World Memory Championships.

From memory competitor to memory coach... and then entrepreneur

Ed felt like sharing his talent. So he went across the UK teaching memory techniques in schools. Meanwhile, in 2006, he ‘memory coached’ friend and US journalist Joshua Foer to win the US Memory Championships. Helping him recall 120 random digits in five minutes; the first and last names of 156 strangers in 15 minutes; and set a new USA record in the "speed cards" event by memorising a deck of 52 cards in 1 minute and 40 seconds. It became clear to Ed that he had a unique talent. The next question: What should I do with it next? The answer: Create a learning system that could turn anyone into a genius.

While teaching memory improvement tips in schools, Ed noted the positive learning results on the students: The more fun they had, the more they remembered. But he was concerned with the people’s opinion on learning in general: considered dry, boring, and unimaginative. Something to be avoided, rather than embraced. Using the same imaginative attitude to learning that made Ed a memory master, he co-created Memrise to transform learning languages from a painful chore into something incredibly joyful and recreational.

This pushed him to co-found Memrise in 2010 with Ben Whately. Motivated by the goal to ‘change what learning looks like and how people approach it’. The resulting creation was a fun ‘language learning game’ based on the same learning philosophy that helped Ed memorise so effectively: playfulness, engagement, and imagination. Combining his appetite for fun (Ed is a big lover of parties) with expertly proven cognitive science and memory techniques, Memrise was born. In 2014, Memrise launched the first ever competition to compare the effectiveness of independently-conceived learning methodologies: “Memprize”. The world’s top cognitive science labs were asked to build the ultimate learning system to learn 80 foreign vocabulary words in an hour, with a test a week later.

Ed Cooke (2014):
‘Bizarrely, there's no real scientific consensus on the best overall method to learn, in particular to learn a language. And this is a fundamental question that we should be finding the answer to.'

The top 5 methodologies were tested using thousands of participants. The winner – (Radboud University) – more than doubled memory performance compared to the standard technique of repeated study, and proved that the most fun method is the most effective way to learn. (One of their techniques involved imagining words in different rooms and opening the door to retrieve them.)

Combined with his memory expertise, Ed used these findings to help create the fastest and most enjoyable way to learn a language. The iPhone and android app uses spaced repetition, speech exercises, and videos of native speakers in context to immerse them in authentic language, virtually.

The result? The most effective form of language immersion other than going to the country itself.

Why learn languages with Memrise?

Memrise encourages users to learn essential vocabulary to use in different real-life situations. Forget learning stacks of random information without purpose, users select which topics they want to learn and get real-world language competency fast. "When we’re enchanted by the outside world, we can pick up enormous amounts of information incredibly fast."

By focusing on what you need and enjoy – and using the world’s most engaging learning tech – users find the Memrise app incredibly addictive.
Just ask almost 60 million of them.